An eminent labour and development activist for the last four decades, Karamat Ali is the founding member of Pakistan Institute of Labour Education & Research. He is also founding member of various local and regional networks like Pakistan Peace Coalition, Pakistan-India People’s Forum for Peace and Democracy and South Asia Labour Forum. He has been a part of labour and peace movements in Pakistan and has played a key role in linking up these movements with regional and global counterparts.

Mr. Mohammad Tahseen is the founding Director of South Asia Partnership Pakistan (a consortium of Canadian and South Asian NGOs) and a leading national NGO in Pakistan, working for social, political and economic empowerment of the weakest, especially peasants, women and religious minorities.

Justice Razvi is the former Judge of the High Court of Sindh. He was also President Karachi Bar Association in 1987. Mr. Rasheed A. Razvi was applauded as a top choice for on the ball representation in cut-throat commercial litigation. Mr. Razvi was a strong supporter of the labour movement in the decade of 70s. 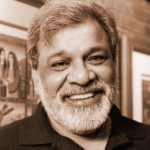 Prof. Charles Amjad-Ali, Ph.D., Th.D., was the inaugural Martin Luther King, Jr., Professor of Justice and Community, and the Director of Islamic Studies (Emeritus) at Luther Seminary, St. Paul, Minnesota. He was also the inaugural occupant of the Archbishop Desmond Tutu Chair of Ecumenical Theology and Social Transformation in Africa at the University of Western Cape in South Africa in 2013. He thus had the honor of occupying two prestigious academic chairs named after two Nobel Laureates of African-American and African descent. He has lectured at many institutions around the world, including Princeton, Yale, Columbia, Notre Dame, Johannesburg, Kwazulu-Natal, Stellenbosch, St. Thomas, Temple, and Upsala Universities as well as at Princeton, and Union Theological Seminaries, and served on faculties in South Africa, Sweden, England, Germany, Australia, Japan, the Philippines, etc. He was a research fellow at the Deutsches Institut für Internationale Pedagogische Forschung (German Institute for International Educational Research), Frankfurt University, Germany, on the issue of German reunification and educational developments, while at the same time serving as a research scholar at Arnold Bergstresser Institute for Socio-Cultural Research attached to Freiburg University, Germany on the issue of socio-political evolutions in Germany after the so-called reunification from 1995-1996.

He was the Academic Dean at the SCUPE Consortium for Urban Education, in Chicago, IL in 2014. He was the director of the Christian Study Center in Rawalpindi, Pakistan, which focused on Christian-Muslim dialogue, peace advocacy, and human rights work, from 1985 till 1996, and the director of political education at the Aurat Foundation in Pakistan, in 1995-96.

Dr. Syed Jaffar Ahmed, Director of the Pakistan Study Centre, University of Karachi, holds a doctorate in Social and Political Sciences from the University of Cambridge, UK. He has written extensively on politics, history and constitution, authored and edited several books and contributed numerous articles in research journals and edited works.

Mr. Faisal Siddiqi is an advocate at the Sindh High Court. He specializes in Human Rights and public interest litigations and presently represents the workers and civil society in the Baldia factory fire case in Sindh High Court. A number of high profile human rights cases have been on his credit during the years. Mr. Siddiqi is the Co-Chairman of the Pakistan Center for Constitutional and Human Rights and currently working on judicial reforms. 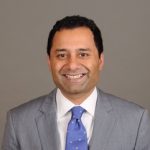 From 2006 through 2012, Dr. Aqdas Afzal worked in the development sector in both Lahore and Islamabad. Additionally, he taught as an adjunct faculty member at the Lahore University of Management Sciences and at the Government College University, Lahore.

In 2011, Dr. Aqdas Afzal won the prestigious Fulbright Scholarship to pursue a doctorate in economics at the University of Missouri – Kansas City. In 2013, he interned at the United Nations in New York City. In 2015, he won the Association of Institutional Thought’s (AFIT) prestigious “Student Scholars Prize” in economics. In 2016, Dr. Aqdas Afzal was the “Three-Minute Thesis” champion at his university. In the same year, he won the Journal of Interdisciplinary Research’s (JIDR) best paper prize, while also bagging the “Graduate Studies Dissertation Research Award.” Dr. Aqdas Afzal also taught at the Rockhurst University in Kansas City.

Dr. Riaz Ahmed Shaikh, Head of Social Sciences Department and Associate Professor at Shaheed Zulfiqar Ali Bhutto Institute of Science and Technology (SZABIST) is an active academician who keeps engaged with different civil and human rights forums. A number of research articles and academic papers are on his credit. 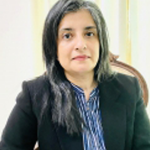 Dr. Asma Hyder is professor and dean School of Economics and Social Sciences at IBA, Karachi. She also served as member social sector and devolution at Planning Commission, Ministry of Planning Development and Reform, Islamabad. She is recipient of Fulbright J. William Award for International Understanding and did her Post Doctorate from University of Pennsylvania, USA.  She has been a visiting research fellow at University of Sussex, London School of Economics and Political Science, UK and Carleton University, Canada. Her research interest focuses on; development, health, social sector in general, labor market issues and social wellbeing. Her major contribution in literature is empirical investigation of households’ behavior toward labor market decisions and child welfare during climatic and negative economic shocks in developing and poorest societies of the world.